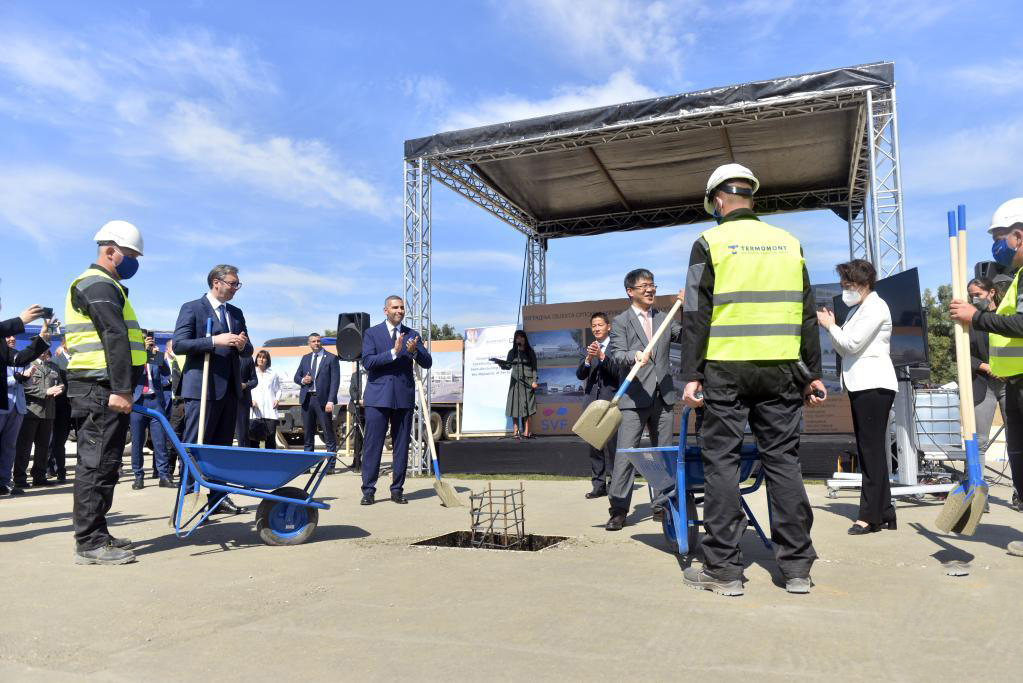 The first Chinese COVID vaccine factory in Europe is expected to be functional by April 2022. The factory is being constructed in Belgrade as the Covid-19 pandemic is wreaking havoc in Serbia and has caused a great deal of suffering in its neighboring countries as well.

The production capacity of the factory has been set around 30 million Covid-19 vaccine doses produced per year. It will be entrusted with providing the Chinese-made Sinopharm vaccines to Serbia and multiple other countries in the region.

With the fourth wave of the virus hitting the world, Serbia is suffering from a rising number of infections being reported daily. Almost all of the 6,249 new infections reported in Serbia on Monday were caused by the deadly Delta variant. The number of cases reported on Monday was the highest in a day since 2020’s winter.

More than 3000 patients are hospitalized currently throughout Serbia and 142 are on vent support. Although the country started its vaccination movement very early on in January, only 50 percent of its citizens have been vaccinated because of declining interest in the population to take protective measures against the virus.

Serbia has suffered 7,575 deaths since the first case of COVID got reported in the country.

Serbia’s mass vaccination campaign began with China’s Sinopharm vaccine. Sinopharm is currently the most widely used vaccine in Serbia and is endorsed by the World Health Organisation (WHO).

Jelena Begovic, director of the Institute of Molecular Genetics and Genetic Engineering at the University of Belgrade, said in a recent interview, “We know that vaccines became really the only tools or weapons which proved efficient in this battle so far … and we have to build a very strong network of production facilities.”

China’s BGI group has been collaborating with Begovic and has planned out, setting up two laboratories “Fire Eye” for PCR testing in Serbia. China has also been providing Serbia with medical supplies, expert advice, and vaccines.

Begovic expressed that she understands how important it is for Serbia at the moment to be garnering, “vaccine production and technologies from all around the world.” She showed great gratitude to her Chinese colleagues for their help and guidance in vaccine production.