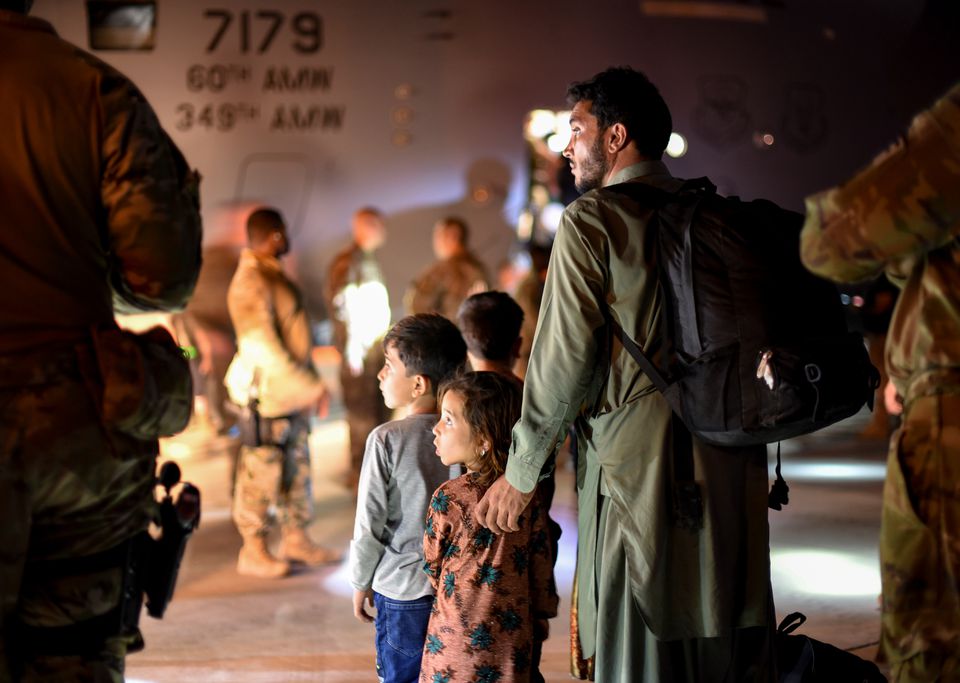 A major number of Afghani evacuees taking refuge in Qatar are children and about 200 of them are unaccompanied. These children evacuees arrived in Doha via flights operating evacuation missions from Kabul.

These parentless children are being kept at a reception center in the Qatari capital.

Qatar Charity organization, working for humanitarian welfare has taken up the responsibility of helping these children deal with the trauma of being separated from their homeland and from their families. The humanitarian organization is busy protecting these children from trafficking and other such harms. Unaccompanied children are very vulnerable to being displaced in a foreign country.

The officials taking care of the refugee children are trying to help them adapt to their new situation and engage in productive and constructive activities like sports, arts and crafts, and reading.

An aid worker assigned to helping the children released a statement anonymously saying, “It’s very hard to imagine the trauma that they’ve been through. All of them are in a state of shock and trauma, similar to what we’ve seen in places like Iraq or Syria with kids who have lived in (Islamic State group) areas.”

The new situation in Afghanistan, post the Taliban takeover has reignited PTSD among citizens who are now constantly living under the fear of the terrorizing past under the Taliban regime, repeating itself. The fear amongst citizens of the Afghani situation from 1996 to 2001 re-emerging is real. People are scared of being made to undergo the terrors of public executions, floggings, and amputations upon misconducts, again. This fear has already made thousands of Afghanis evacuate the country. These evacuees include hundreds of children separated from their parents who are unable to recall the circumstances they faced while fleeing from Kabul.

The Qatar Charity and other welfare organizations in Doha are housing children aged from 8 to 17 years old. Children younger than 8 are being housed separately from the older ones.  Factors such as blood relation, friendships, and bonding were also taken into account while grouping the children for housing.

As per the recent report issued by the UN children’s agency UNICEF, about 300 unaccompanied children have reportedly fled from Kabul to Qatar, Germany, and other countries, since the 14th of August.

The US Embassy in Qatar has refused to comment on the situation of unaccompanied children stranded away from home.

A French police officer had previously narrated an incident he witnessed at the Kabul airport narrating how a woman standing outside the airport’s gate, “…desperately threw her baby into the barbed wire towards the French special forces who recovered and handed the child to American medics. The baby was treated and evacuated to Doha. He was really tiny. His mother just disappeared into the crowd”.

Several similar reports of parents desperately passing off their children to security officers at the Kabul airport for the sake of their safe evacuation from the war-torn country have surfaced since then.

Henrietta Fore, head of UNICEF, said that the children parted from their families are, “among the most vulnerable children in the world” and highlighted how important it is to reunite them with their families.

The authorities in Qatar are now reportedly working to manage, finding close relatives of the children but the possibility of them succeeding is narrow. A hotline has also been set up by the Qatar Charity facilitating children to contact their parents if they have any information regarding their contacts.

Keeping in view that the chances of these children reuniting with their families are very low the welfare organizations working for their rehabilitation are trying to make sure that these children are facilitated for the longer run as well.